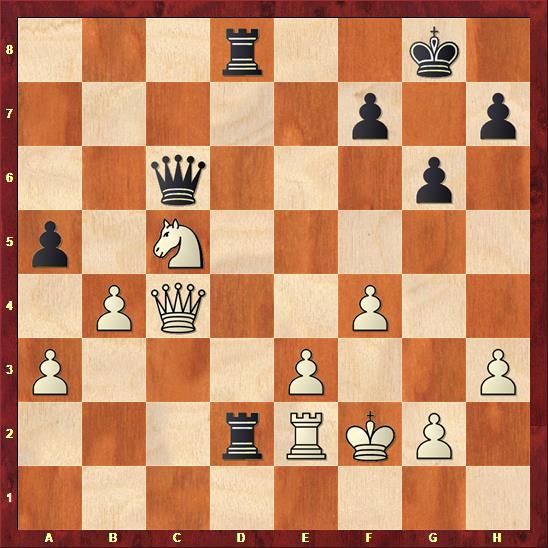 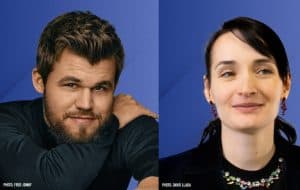 Carlsen and Lagno Successful in the

Magnus Carlsen produced a solid performance rather than a spectacular one on the final day of the FIDE Online Steinitz Memorial but it turned out to be exactly what was required to keep him at the top of the table.

Daniil Dubov had taken a slender lead into day three of the Open Blitz event but he suffered three defeats and lost ground to the World Champion.

It was Carlsen’s most professional day of the three, as he avoided defeat for the first time and clawed his way above the pack with three wins and three draws.

Dubov comfortably held second place but the World Champion’s two-point winning margin is very impressive, even though he himself was not too convinced by his play.

It is a surprise to see Alexander Grischuk adrift at the wrong end of the table. As a Candidate for the world title, unbeaten when the tournament was forced into hiatus, one would have expected to see him battling his way higher up the standings.

All of the games, standings and more information can be found over at Chess24. 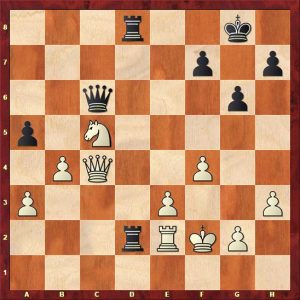 Bu played 35 b5? It looks natural to push the b-pawn. Passed pawns can cause panic and confusion in Blitz games but just for a moment there is a lack of coordination in the White camp. This compromises the knight’s defence and Carlsen wastes no time in exploiting the new weakness. 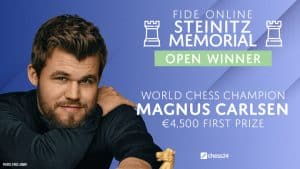 Kateryna Lagno held a slender lead after day two of the Women’s section and the little cushion was essential, as Tingjie Lei had a fabulous day and forced her way to share the top of the table.

To keep with the trend, it was necessary to call an Armageddon game into action.

Lei, as White, had to play for a win but a draw would be enough for Lagno.

The game started in lively fashion. 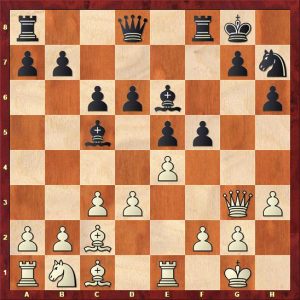 Lagno’s 13 …f7-f5 is provocative and it offers a pawn sacrifice. Now 14 Bxh6 Qf6 15 Bd2 f4 gives serious attacking chances for Black. Indeed, White would be fortunate to survive and mere survival will not be enough to win the game.

However, there is an improved version. 14 exf5! Bxf5 and now 15 Bxh6, the point being there is no dangerous f-pawn for Black to push forward into the attack and 15 …Qf6 16 Be3 is definitely very good for White. True, the position becomes very unclear as there is now the resource 15 …Bxf2+ when 16 Kxf2 puts the king in a position of potential danger. It is strange that a powerful discovered check is not available in this position. For example, after 16 …Bxd3 17 Kg1 the threat of checkmate on g7 prevents White from reaping any rewards.

It is extremely difficult to weigh up such positions when the clock is ticking. Lei continued instead with the tame 15 Be3 and this left only equality after 15 …Bxe3. Just as Steinitz taught us all; the person with the advantage must attack, otherwise the advantage will dissipate.

White still has to try something in Armageddon games, because a draw is no better than a defeat. Unfortunately for Lei, the position she had to win turned out like this. 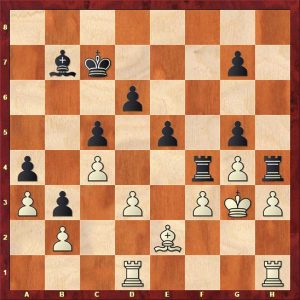 What to do? Agree to a draw would be the normal answer, but as a result of the Armageddon circumstances, Lei felt obliged to try something.

All of the games can be found over at Chess24.

Congratulations to Magnus Carlsen and Kateryna Lagno, both of whom are worthy champions in the inaugural FIDE Online Steinitz Memorial.

Online elite tournaments are here to stay. Will they eventually rub shoulders with real-life over-the-board events? Something to ponder as we stare expectantly into the future. 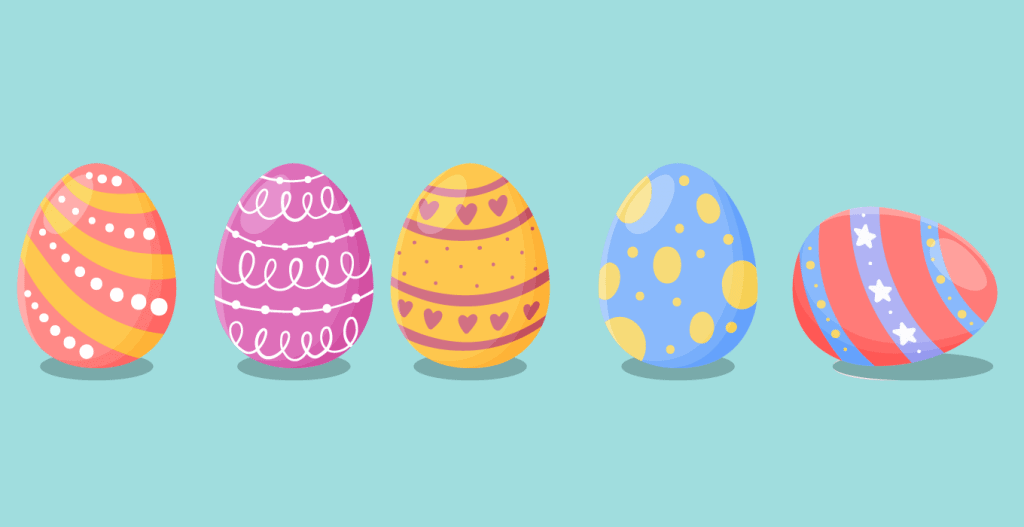 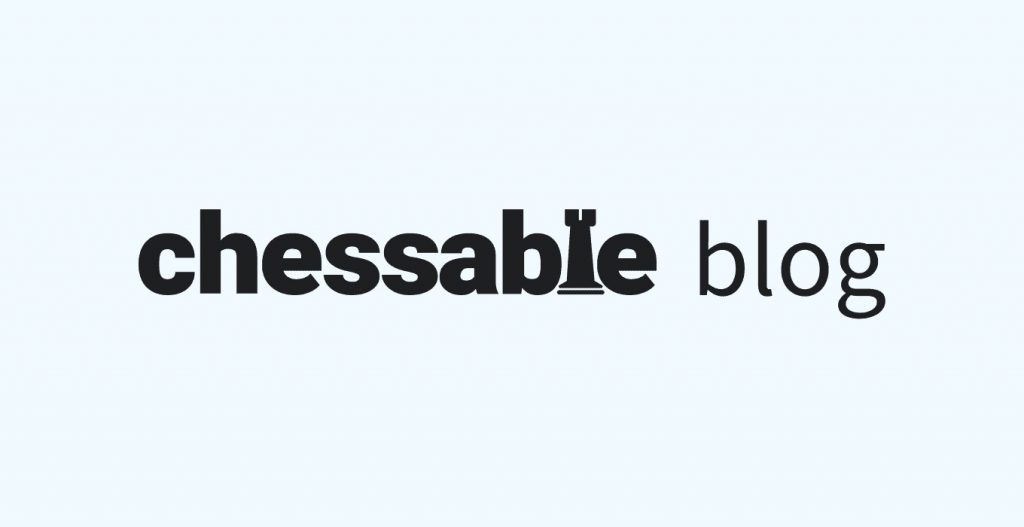 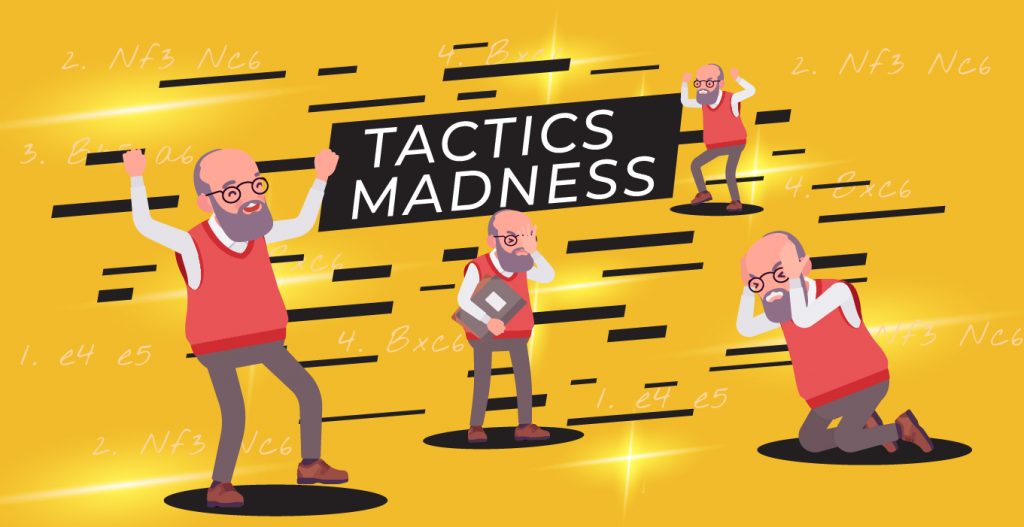 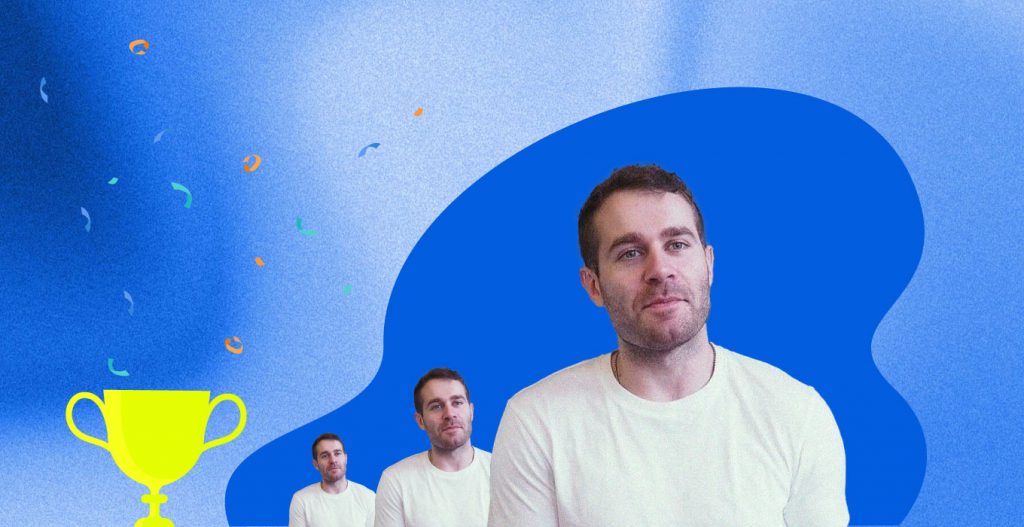