It is a major event when we release a course in our series of Lifetime Repertoires. This time we have Sethuraman’s 1 e4 e5. 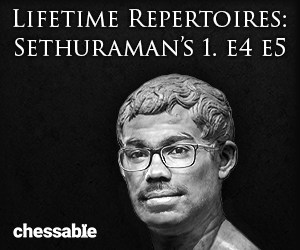 The course offers a complete repertoire for Black after White’s most popular opening move.

The Author’s Belief in the Material

Like most people, I like to see evidence that authors believe in the openings they are recommending. This is definitely the case here, as Grandmaster Sethuraman makes clear from the start:

‘I, myself a 1… e5 player from my childhood days have had an enriched experience of employing it till now over the years as a rated player, as an International Master, and as a Grandmaster as well since it still stands the test of the time and always will, 1… e5 = R.O.C.K S.O.L.I.D.’

We already know that the course advocates the Arkhangelsk Defense against the Ruy Lopez and today I want to examine Grandmaster Sethuraman recommendations in a couple of other areas.

First, what about the early deviations from the more traditional lines?

Grandmaster Sethuraman has left no stone unturned in this department. The first chapter covers 1 e4 e5 2 a4 and moves through 2 a3, 2 Bb5, 2 c4, 2 Ne2. Even the juvenile 2 Qf3, 2 Qh5 and 2 Ke2 receive coverage. Black should not experience any problems against these oddball attempts, but should simply develop sensibly.

Naturally, Black needs to be aware of early threats, such as 3 Qxe5 after 2 Qh5, but none of that will present any problems outside the world of junior tournaments.

The unusual second-move options mentioned above are all included in the course and that is before we get the potentially hazardous club player favourites, such as the King’s Gambit.

Aggression in the Italian Game

The pure Italian Game with 3 …Bc5 makes it difficult for Black to seize the initiative without a mistake or two from the first player. Therefore the course presents very detailed coverage of the Two Knights Defense. 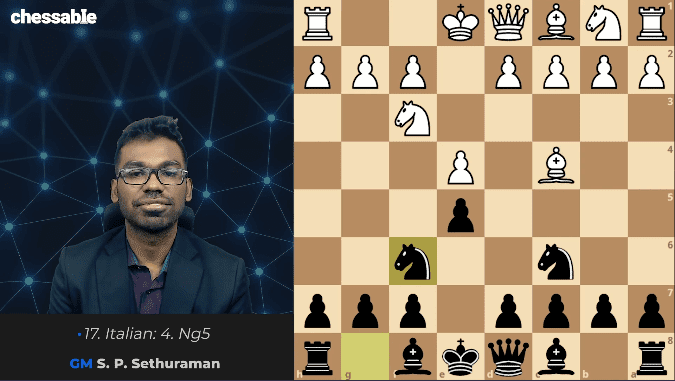 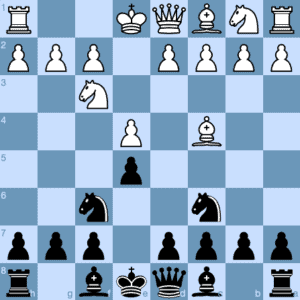 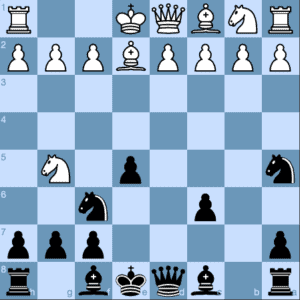 Black has sacrificed a pawn but succeeds in pushing back the white pieces. The bishop has already been forced to retreat and after 8 …h6 9 Nf3 e4 10 Ne5 Bd6 Black is dictating the course of the game.

Here is another position in the course, taken from a different variation of the Two Knights Defense. I like it because Black not only has the initiative but also has a forced checkmate. 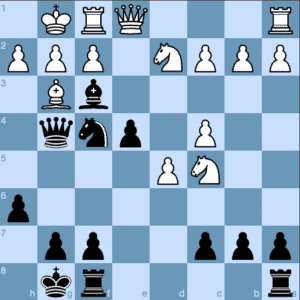 Can you see how to checkmate White in two moves?

The course will suit players wanting a reliable repertoire against 1 e4 which carries considerable bite.

If you are tempted by Lifetime Repertoires: Sethuraman’s 1 e4 e5 but would like to know more before considering a purchase, then you may be interested to know there is a free Short and Sweet course, offers a generous amount of sample material from the main course. 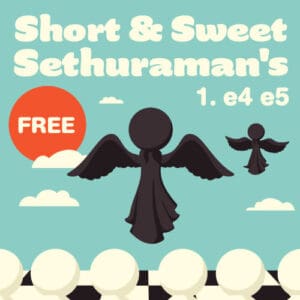 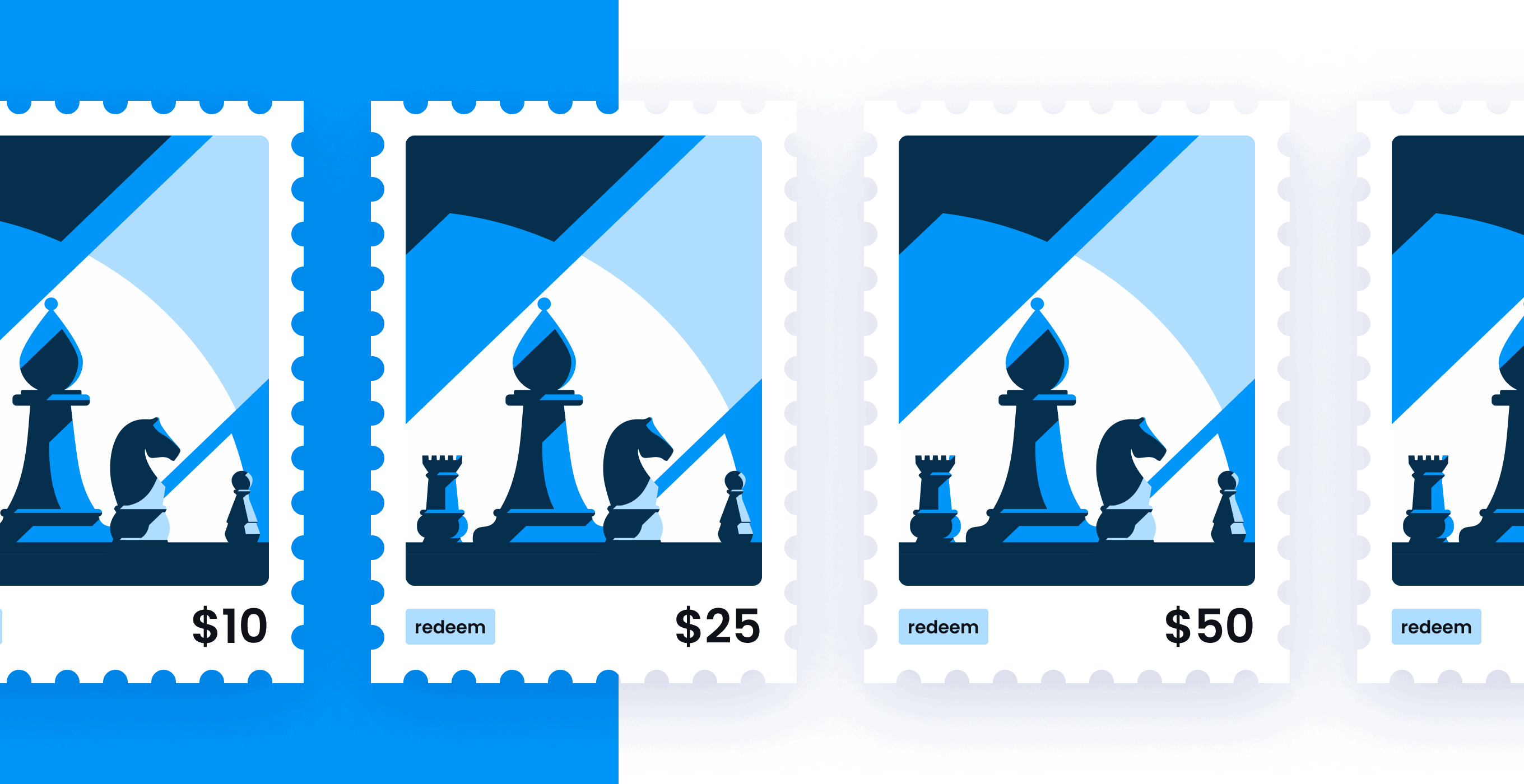 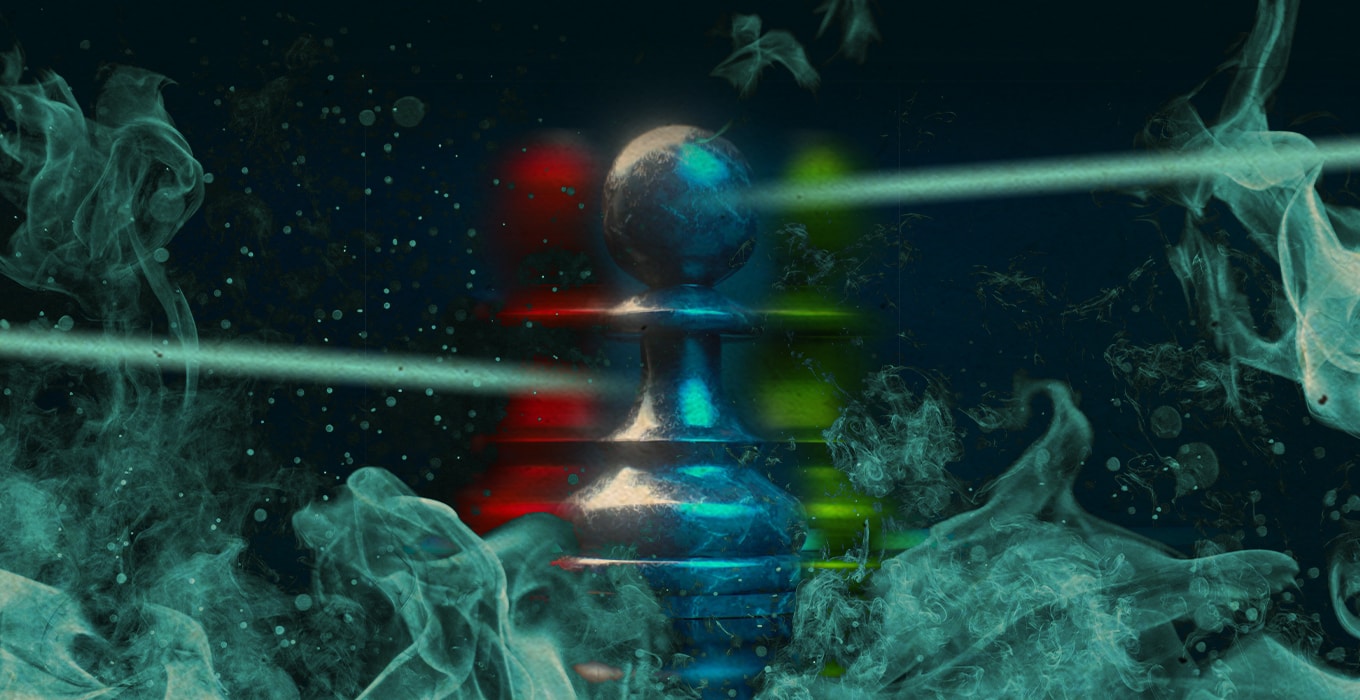 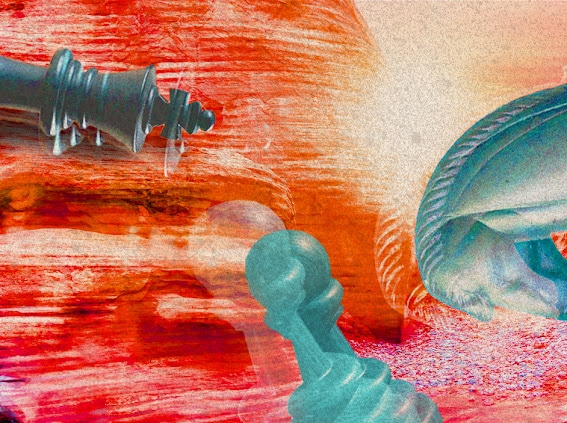 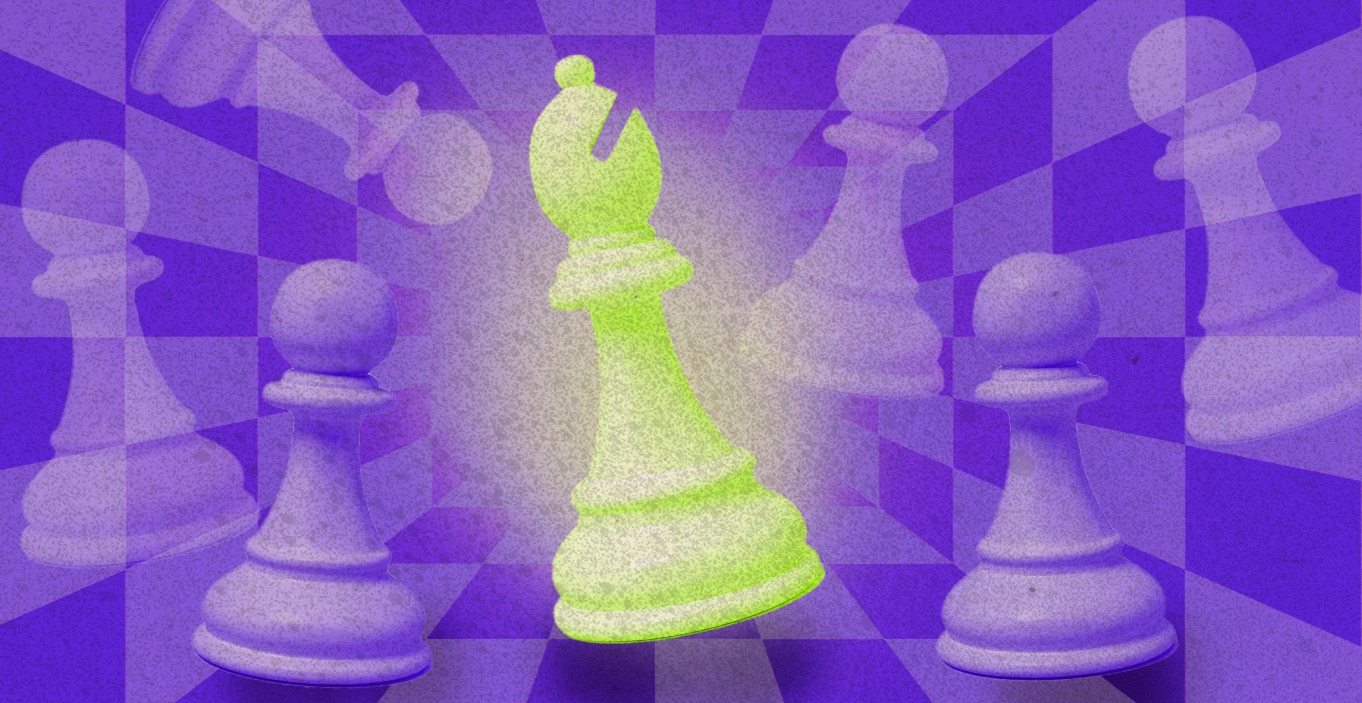