7 Special Chess Rules You May Not Know

However, there are a few special chess rules – or laws of chess – that you need to know before you start to play competitively.

If you’re thinking of entering an over the board tournament, you must, must, must understand the touch move rule. We cannot emphasise how essential it is.

Games are won and lost at a stroke with this rule.

So here goes… the rule states that when a chess player intentionally touches one of his pieces, he or she must make a move with this piece (of course, if there is a legal move available).

Falling foul of this rule can be catastrophic as you or your opponent can be forced into making a terrible, game-losing move.

Take this example involving one of the greatest players to ever play the game, Bobby Fischer. Here Fischer touched the king’s rook pawn to move it to h6. But then realised that White can reply 13. Bxh6. It was a disaster and he had to play the horrible move 12. …h5??

Of course, Fischer knew the rule inside out – he just momentarily forgot it. This is something that has happened to many, many players (this writer included). Sometimes your hand just seems to move by itself and touch a piece – which is maddening!

So be careful of this rule, always finalise your decision before lifting up you hand. And be prepared to enforce it if your opponent breaks touches a piece.

What should you do if you touch a piece and then realise you don’t want to move it?

This rule is rather obscure, and rarely comes into play over the board or online. But sometimes if you are watching a Grandmaster match you might hear the commentators talking about it.

The chess rule states that you can claim a draw if there has been no capture and if no pawn has been moved in the previous 50 moves.

It is designed to stop endgames going on forever when one (or both) players have no idea how to end the game.

For example, in a situation where White has a bishop and knight left and is trying to mate Black’s lone king (a so-called “B+N endgame”) White may think he or she is winning. And they would be right, technically. A bishop and knight endgame IS a forced win... if you know how to achieve it.

It should take a maximum 32 good moves to mate starting from the most difficult position. However few players even up to 2000 elo know how to do this as it’s very tricky.

Here’s a good example of a game involving Magnus Carlsen where the 50-move rule became a factor. It was a battle of attrition played at the London Chess Classic in 2015 between the Bulgarian former world champion Veselin Topalov and the current world champion Magnus Carlsen.

Topalov held out for the draw:

In the press release following the match, WIM Fiona Steil-Antoni said: “Afterwards, Carlsen revealed that he needed to avoid the 50 move rule and an interesting discussion ensued as to whether the rules need a tweak, particularly in games with increment.

“Carlsen was always making progress and he didn’t have enough moves to fully carry out his plans. Something for everyone to ponder after the tournament.”

If you find yourself in this situation, perhaps your opponent has more material but can’t checkmate you after 50 moves, you have to claim it. A draw isn’t automatic.

This is one of the newest chess rules, adopted in 2016.

In effect, it is just an extension on the 50-move rule designed specifically for tournaments games really can’t go on forever.

Rule 9.6.2 states: “any series of at least 75 moves have been made by each player without the movement of any pawn and without any capture. If the last move resulted in checkmate, that shall take precedence.”

Fide, the game’s world governing  body which is responsible for setting chess rules, added the 75 move rule so you or your opponent need not claim the draw. Instead, an arbiter will enforce a draw for you (i.e. you don’t have to claim it).

Of course, an arbiter has to be present.

There are five reasons why a chess game may end in a draw, and the three-fold repetition rule is perhaps the least known.

That’s probably because unless you are writing down the moves – as you would in a tournament – and have a record of the game then it is often difficult to work out when it comes into play. Occasionally, when there is a disagreement, you see arguments ensue…

However, the three-fold repetition rules is a lovely little resource to save the game if you think you are losing. Many losing games have been salvaged using this – so it is certainly a must-know!

This rule states that if the same position is repeated three times and no progress is made, you can claim a draw. So it’s very simple, you just have to keep an eye out for it.

This is perhaps the most special of all chess rules and it is probably the most difficult to explain.

The rule was only introduced in the 15th century – so fairly late for a major change in the way the game is played rather than policed (as in “touch move” or the 50-move rule). Its name comes from a French expression which means “in passing”.

En passant itself can only occur in a game when a player exercises his option to move his pawn two squares on its initial movement and that move places his pawn next to the opponent’s pawn.

When this happens, the opposing player has the option to use his pawn to take the moved pawn “en passant” or “in passing” as if the pawn had only moved one square.

However, the en passant capture must be done immediately after the pawn advances two squares. If White plays another move she cannot then decide to capture en passant!

While actual uses of the move are rare, the chess would be a completely different game without this rule. Everyone would have to be very concerned about moving a pawn to the 4th or 5th rank, knowing that a pawn could get past them.

Here’s a tip though:

It is not always best to take an opponent’s piece every time the opportunity arises. Carefully consider what taking this move will do to the mutual support of the pawn structure or in revealing a piece that may be situated behind.

Castling is a special move and the only time in the game you can move two pieces at once. It only involves the king and the rook (no other chess pieces)

There are two types:

Kingside castling is mainly used to get your king into a nice snug place away from the centre of the board and bring your rook closer to the action.

It’s worth noting that castling queenside (or “long castling”) is especially useful as it may help put your rook on an open file. Strong players will also say that it can make for more exciting games, so you need to choose carefully when to castle queenside.

However, there are some conditions that must be in place before you castle: both the king and the rook can’t have moved, you can’t castle while in check, or into check or cross a line of check.

Here are the cases when castling is not permitted:

This is another basic part of the game you must know before entering any competition: when a pawn reaches the opposite side of the board, it promotes.

Pawn promotion means that the owner of the pawn can choose a queen, a rook, a knight, or a bishop (of his own color), and put that piece instead of the pawn on the board; on the square of the pawn.

Usually that means a player will promote to a queen (as in most positions she is considered the most powerful piece).

However, there are plenty of situations that crop up where it is better to under-promote, for example to a knight.

Here’s a lovely example of this chess rule in action:

To find out more about under-promotions, and all the chess rules here, we recommend GM Susan Polgar’s Learn Chess the Right Way series of courses on Chessable.

Check out all our courses for beginners here. 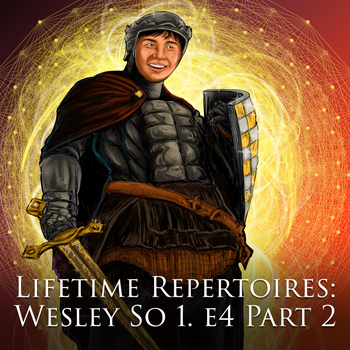 Leon is a national newspaper journalist from London, England. He is an avid chess fan, and writes regularly about the game. Apart from chess, he loves cricket, Tottenham Hotspur FC and spending time with his son. 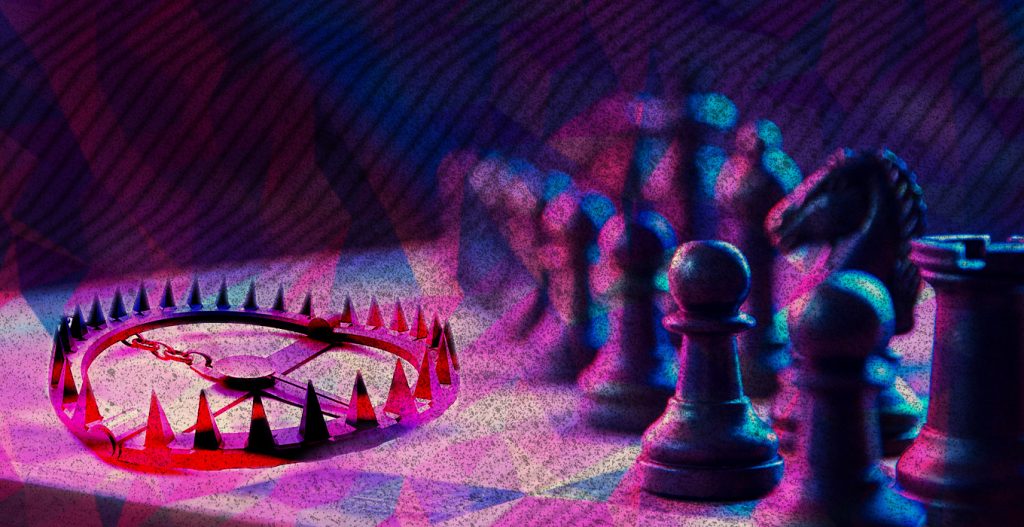 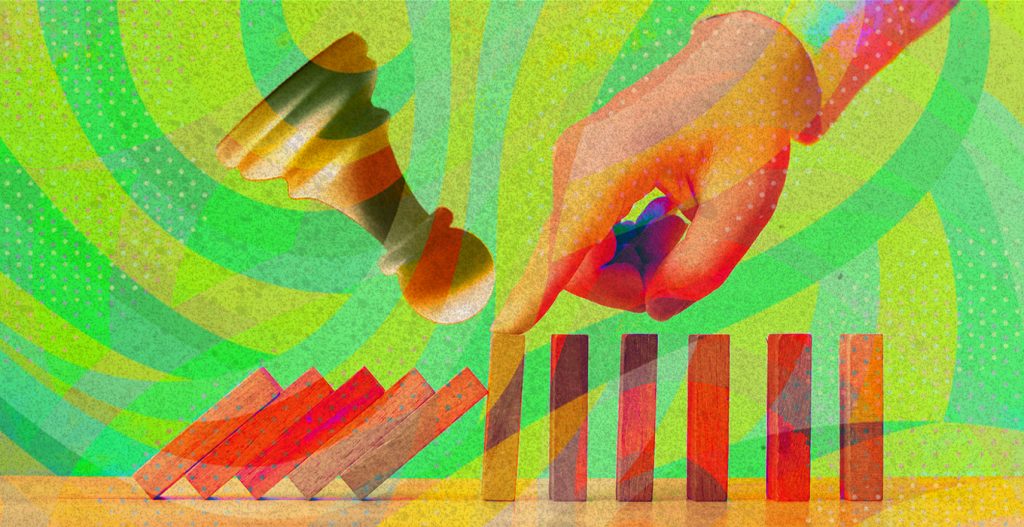 The Art of Prophylaxis in Chess