Yasser Seirawan’s Secrets From the Vault (Part One)

We are delighted to see one of our favourite Grandmasters back in Chessable action and to celebrate the impending release of his next course we are presenting Yasser Seirawan’s Secrets From the Vault.

We are looking at games in which the American Grandmaster used unusual ideas and moves to help him on the way to victory.

Our first dip into the vault takes us back to 1990.

A Match Against the Best in the West

Grandmaster Jan Timman, considered the ‘Best in the West’ for some years, played a series of six-game matches from 1982 onwards, sponsored by the Dutch radio station KRO. His opponents included Viktor Korchnoi, Boris Spassky and Garry Kasparov.

It was Yasser’s turn in 1990 and the match was co-sponsored be the Dutch insurance company, Interpolis.

Yasser had not beaten Timman in almost nine years and fell behind in the match after he drew the first game and lost the second one.

The fortunes changed from the third game onwards. Yasser won three games in a row. The sixth game was a draw, giving Yasser the winning score of 4-2.

Here are some interesting moments from the games.

Which Pieces are the Most Effective? 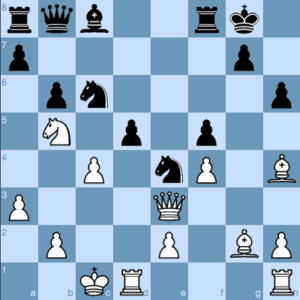 It looks like White is trying to melt the long diagonal in order to increase the scope of the bishop on g2. Therefore Yasser’s next move comes as a surprise.

This unusual exchange demonstrates how the top players appreciate the respective values of the pieces and how they understand the advantages of the pieces that are left on the board. It is the other bishop that turns out to be the more useful of the two. Timman resigned here (1-0). Yasser’s passed-pawn is going to cost Black a serious amount of material. Note how the bishop on h4 protects the pawn’s queening square. 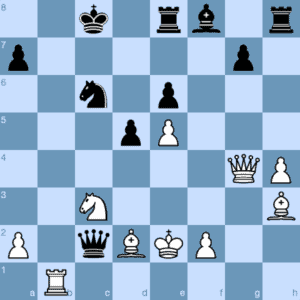 What exactly is happening here!?

Timman has some threats involving Rc1, catching the king or queen on the open file. Yasser is ahead on material but appears to have problems with the development of his pieces. Time-trouble is becoming a factor for both players too.

After putting together the clues of the position, Yasser found the startling move 22 …Ba3!

Suddenly, all ideas of Rc1 are ruled out for White and 23 …Bb2 is in the air. 23 Qxg7 looks like trouble but then 23 …Rh7! – magically protected by the queen, all the way from c2 – would gain an important tempo.

Tactics now erupted all over the board. 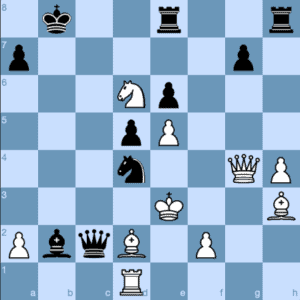 26 …Rxh4! Deflecting the queen from the defense if the rook. The fifth game brought a third consecutive win for Yasser and this time there was a hint of Paul Morphy in the air. 14 Rxd7! There are certain similarities here to the famous Opera Game.

15 Bb5 Pinning the rook and guaranteeing an advantage to White.

Fast forward a few moves and we find Yasser is a pawn up and tactical opportunities are on the agenda. What would you do here?

Yasser was fully aware of the nuances of the position and played a much better move. 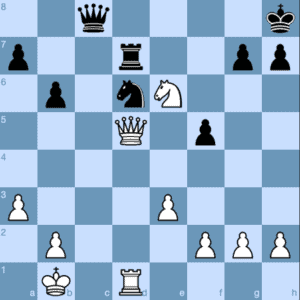 Timman is defending well but the next move ends all resistance.

After 26 …Rxd6 27 Rxd6 the threat of 28 Rd8+, regaining the queen and remaining a knight and pawn up, cannot be successfully countered.

We shall return with another examination of Yasser Seirawan’s Secrets From the Vault as soon his new Chessable course is released.

Meanwhile, Yasser’s Chessable course on Winning Chess Strategies is already available, as is a free lesson on the same subject.